Launch of Policy Blueprint for Countering Authoritarian Interference in Democracies 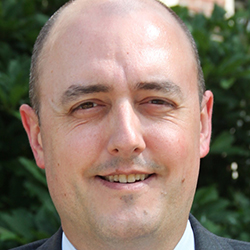 The Russian government’s interference in the U.S. presidential election in 2016 and malign influence operations across the transatlantic community over the past decade have revealed vulnerabilities in democratic governments and societies that authoritarian regimes can exploit by using asymmetric tools and tactics. Tackling this challenge requires a new strategic approach for government and society to defend democracy against malign foreign influence, one that puts the problem at the forefront of the U.S. national security agenda and brings the public and private sectors together to complement each other’s efforts. There must be a bipartisan response by the administration and Congress to improve our resilience, strengthen our deterrence, and raise the cost on those who conduct these operations against us. Defending against and deterring the threat of malign interference by authoritarian regimes also requires greater coordination at NATO and between the United States and the EU, as well as cooperation with democratic governments and civil society across the world.