Information Manipulation in the German Election Campaign: Lessons Learned, Latest Findings, and the Path Ahead 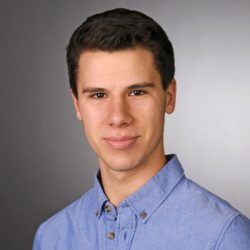 This year’s German federal election poses a challenge not only to the involved candidates and their corresponding parties, but to the entire German political landscape. Several articles and reports have highlighted the susceptibility of the election campaign to information manipulation and disinformation campaigns by foreign, as well as domestic, actors. The Alliance for Securing Democracy (ASD) and the German Marshall Fund of the United States’ (GMF) 2021 German Elections Project aims to counter these campaigns.

Against that backdrop, on June 2, 2021, ASD and GMF staff held a meeting with representatives from several German ministries to introduce recent findings and analysis from the German Elections Dashboard.

After ASD Deputy Director David Salvo gave a presentation about ASD and the 2021 German Elections Project, Program Manager and Fellow Nad’a Kovalčíková provided learnings from elections in the United States, the Netherlands, and Portugal. During the Dutch general election in March 2021, political parties and major internet platforms established rules for online political advertisements in a Code of Conduct—the first of its kind in Europe. By setting rules about foreign funding and data collection in the context of political advertisement, the code seeks to guarantee transparency and fairness in online political advertisement to ensure the integrity of democratic elections. Further, the Netherlands followed a whole-of-society approach to countering information manipulation. Lessons from Portugal’s January 2021 presidential election centered primarily around ensuring the integrity of elections during a pandemic by providing access to the polls, adapting to emergency conditions, and preparing for and responding to information manipulation.

ASD’s Media and Digital Disinformation Fellow Bret Schafer then walked the participants through the German Elections Dashboard—an interactive, open source tool that tracks messaging from influential foreign and domestic messengers during this year’s regional and federal elections in Germany—and shared preliminary findings from the project. So far, the dashboard has shown that Russian actors have an outsized focus on coronavirus-related topics, often disseminating misleading information about vaccinations to incite vaccine skepticism. Data collected on the dashboard has also illustrated that Russian state-backed messengers report disproportionately on Nord Stream 2, promoting the completion of the disputed gas pipeline.

In the second part of the event, an open exchange between ASD’s experts and attendees allowed for a deeper understanding of the specific topics highlighted by the dashboard: foreign actors’ strategies in spreading manipulated information, and issues to watch for the rest of the campaign. Speakers emphasized the impact that foreign media actors can have on the German population, explaining that RT Deutsch has succeeded in establishing a sizable social media following comparable to that of domestic media outlets. ASD’s staff also detailed how information manipulation campaigns frequently spread on social media; instead of relying on direct disinformation to spread their narratives, malign actors often use “mal-information,” genuine information that is presented with false or missing context, misrepresented of data, or biased reporting. In the context of the federal election, the speakers touched upon important campaign issues such as climate change and coronavirus policies. While the former has not been addressed much by foreign actors, the latter has been central to Russian state-backed media’s reporting and has played a key role in Russian information manipulation operations.

ASD’s experts further elaborated on how specific candidates have become targets of information manipulation in the ongoing election campaign and the role gender has played on that matter. Thus far, there have only been a few incidences of gender-based targeting of political candidates by foreign actors, but ASD’s German Election Project team will continue to monitor that topic as the campaign progresses (Editor’s note: This was true at the time of the event. Our work since then has revealed a pattern of targeted, gendered disinformation against Green candidate Annalena Baerbock). The speakers also reflected on rising concerns regarding data security and privacy during the election campaign. Finally, the experts addressed surprises revealed by the Hamilton 2.0 Dashboard, such as indications of the Capitol riot in Washington D.C., providing a transatlantic perspective of information manipulation to the German ministry representatives.