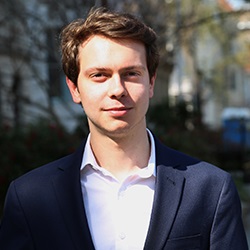 Last week, Russian state media and diplomats continued to focus on the U.S. withdrawal from Afghanistan, highlighting chaotic scenes on the ground, criticizing the Biden administration’s efforts, and amplifying confusion and tension between the United States and its allies. State media outlets also amplified attacks on Biden from Republican lawmakers, members of the former Trump administration, celebrities, and the Chinese government. Diplomats and state media also provided mostly positive commentary on German Chancellor Angela Merkel’s final visit to Russia, while Merkel’s call for the release of Russian opposition figure Alexei Navalny and her visit to Ukraine received comparatively little coverage. On the one-year anniversary of Navalny’s poisoning last week, diplomatic accounts also amplified a Ministry of Foreign Affairs press release that claimed the assassination attempt was a “pre-planned provocation” carried out to discredit Moscow and also pushed back against new sanctions from the United Kingdom and United States for the poisoning. Finally, in coronavirus coverage, Russian officials and state media continued to highlight unrest around coronavirus restrictions, focusing heavily on anti-lockdown rallies in Australia. Coverage of Australia also discussed the mental health crisis in the country as a result of the lockdowns, along with stories about Australian devil worshipers and neo-Nazis. Vaccine coverage continued to center on the effectiveness of the Russian Sputnik V vaccine, including assertions that it has adapted to better confront the Delta variant.

Chinese officials and state media continued to focus on the U.S. withdrawal from Afghanistan last week, with terms like “Taliban” and “Kabul” appearing among the most frequent phrases and hashtags used on the dashboard. State media and diplomats focused on the chaotic and last-minute nature of the withdrawal, including highlighting U.S. military equipment left behind, as well as the U.S. public’s desire to withdraw from Afghanistan and the failure of the United States to replace the Taliban despite 20 years of fighting. Meanwhile, Chinese state media conducted an exclusive interview with a Taliban spokesperson, while China Daily Bureau Chief Chen Weihua sought to differentiate China’s approach to Afghanistan by asserting that Beijing does not conduct regime change, which is “genetic” to the United States and NATO. Chinese state media outlets also highlighted anti-terrorism cooperation with Tajikistan, noting that the gathering of terrorist organizations in northern Afghanistan posed a serious security threat to the countries. Outside of Afghanistan coverage, Chinese diplomats also heavily amplified a tweet from Foreign Ministry Spokeswoman Hua Chunying that stated that the United States and its allies should not be solely able to define democracy and that Chinese democracy is less corrupt and more representative of the people. Additional tweets used food analogies to question the applicability of U.S. democracy abroad. Finally, in an interesting crossover, Chinese state media outlet Global Times conducted an interview with RT America host Lee Camp to discuss Fort Detrick coronavirus origin theories, as well as how political interests dictate U.S. media coverage of Xinjiang and China.