On September 24, Germany holds a nationwide election. If the polls and experts are accurate, it should be a humdrum affair. Chancellor Angela Merkel’s Christian Democratic Union (CDU) will receive the majority of the votes, sending her to a fourth term without breaking much of a sweat.

However, all elections, even predictable ones, have consequences – some of them long-reaching. Far-right and Kremlin-supported Alternative for Deutschland (AfD) looks certain to enter the Bundestag for the first time; the last polls 1 have them at double the 5 percent threshold. There is also the outstanding question of whether Merkel or other prominent German politicians will fall victim to a leak of hacked information – likely coordinated by Russia – on the eve of the election. It was only earlier this month that Merkel ally and Vice Chairman of the CDU Julia Kloeckner’s website was attacked by thousands of internet users, many of whom had Russian IP addresses. 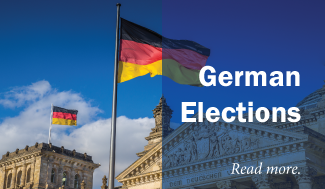 In all likelihood, a large-scale information operation at this point will not affect Merkel’s ultimate triumph. Her lead is substantial; the German government has done a credible job educating the public about the possibility of a Russian operation; and, in the aftermath of hacks of U.S. and French presidential candidates, German national security officials have sent clear deterrent signals to Russian actors and are vigilantly monitoring networks for further signs of infiltration. Civil society groups in Germany like Correctiv are also helping debunk disinformation before it can spread.

Yet Russia’s interest in undermining Germany’s democracy is not just about this election. Russia’s operations are aimed at deepening existing fissures in German society to undermine a government Moscow perceives as hostile and to embolden far-right, pro-Russia alternatives. Like its operations in the United States, France, and other western nations, Russia’s influence campaigns in Germany are designed to erode over the long-term Germans’ confidence in their own democratic institutions. We can expect Russia to continue to use active measures to exacerbate societal divisions and support extremist elements within Germany. Russia’s goals are no different in Germany than its objectives in other western nations – to undermine Germans’ confidence in their government and institutions, thereby weakening those governments, and possibly to change policies to Moscow’s benefit.

Germany’s political landscape is more complex than Merkel’s hold on the chancellery suggests. For example, while there is broad agreement on Russia’s need to implement the Minsk agreements to end the Ukraine conflict, consensus is eroding on the need to maintain sanctions on Russia. Indeed, Merkel’s Foreign Minister Sigmar Gabriel, from the CDU’s coalition partner Social Democratic Party, called into question keeping sanctions in place until Russia fully implements Minsk. His comments are indicative of a broader debate within Germany – and in Europe, for that matter – about sanctions policy, a division Russia surely seeks to exploit.

Then there is the rising popularity of AfD, whose stridently anti-Merkel rhetoric fits Putin’s own view of the Chancellor. The party’s surge – AfD is currently in third place, beating all the other “small” parties – has been fueled in large part by resentment toward the influx of refugees from the Middle East. The Alliance for Securing Democracy’s Artikel 38 Dashboard, the German-language version of the Hamilton 68 Dashboard, has shown that out of the top 18 stories amplified by Russian influence operations online September 12, five were meant to help bring out the vote for the AfD; four bashed (or even criminalized) Merkel for her handling of the refugee crisis; five included reporting about crimes allegedly committed by refugees and asylum seekers; and four addressed the dangers of radical Islam.

The most obvious example of Russia pandering to these anti-immigrant resentments was the widespread disinformation campaign about a 13-year old German girl of Russian origin (the infamous “Lisa” story) who was allegedly raped by Middle Eastern migrants. German police debunked the allegations and German officials publicly accused Russia of “political propaganda,” helping build awareness and resiliency among the vast majority of German society to the effects of Russian disinformation campaigns. However, pro-Kremlin media continued to target the Russian-speaking population in Germany with stories claiming the allegations were true. After Russia’s Channel One ran the story, AfD organized an anti-immigration protest in a heavily Russian neighborhood of Berlin – surely no coincidence. In September, the German satirical party Die Partie, led by comedian Shahak Shapira, revealed that during an 11-month period they had infiltrated 31 AfD Facebook groups with a combined membership of over 180,000 people. After gaining administrative privileges, Shapira exposed to the groups’ followers that the pages were largely administered and proliferated by online bots.  “You are now being fooled by real people,” he quipped after the takeover.

Russian information operations have broader designs than simply supporting AfD. Earlier this month, Sputnik Deutschland ran a story about a protest at the U.S. Air Base at Ramstein, inflating the number of participants and citing German experts and celebrities who listed a litany of familiar pro-Russia arguments: NATO cannot be perceived as a guarantor of freedom and democracy because the majority of Germans object to stationing U.S. nuclear weapons on German soil and support peaceful relations with Russia; and, Germans should demand closing down Ramstein because of purported thousands of extrajudicial killings by the United States. Questioning the credibility of NATO – and the EU – has long been part of Russia’s gameplan. Dividing European Allies and partners from one another, and, just as important, from the United States, creates deeper fissures within European societies that Moscow can exploit.

With sanctions in place, Russia’s commercial interests in Germany are arguably more important than ever. The Kremlin is pushing hard for the Nord Stream 2 gas pipeline to be completed, which would have the added benefit of allowing Russia to bypass Ukraine when exporting gas to Europe. Complicating the domestic political landscape in Germany is the fact that former German Chancellor Gerhard Schroeder, a strong proponent of the Nord Stream 2 project, will sit on Rosneft’s board of directors. Moscow and Berlin have historically close trade ties, which Russia also can exploit for geopolitical benefit. For example, when Siemens sold four gas turbines to a Russian state-owned company, the turbines predictably ended up in Crimea, as many diplomats and experts warned the German government would happen. Siemens said it would scale back, but not sever its lucrative business operations in Russia.

Even if the upcoming election takes place without any discernable evidence of interference, Russia’s interest in conducting influence operations in Germany will continue. The use of cyber tools, disinformation, financial pressure, and other forms of influence represents a long-term challenge to all western democracies. Ultimately, the Kremlin’s main motivation is to sow confusion and discord in western societies and cause people to lose faith in their democratic institutions. The Kremlin will undoubtedly attempt to achieve these goals regardless of whether Chancellor Merkel secures four more years. Western governments, civil society organizations, and media companies need to continue to improve their collaboration, share lessons learned in the aftermath of successful operations against them, and trade best practices to implement effective countermeasures and deterrents. If Germany’s election goes smoothly, Berlin may have some useful lessons for all of us.