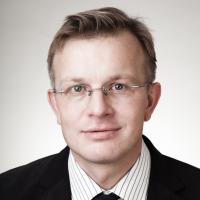 Less than two months remain before Germans go to the polls in a general election. On the surface, this has been as regular an election season as can be: Parties have assembled their programs and teams, candidates have been out campaigning, and politics have mostly revolved around the classic issues: taxes, social benefits, public investment. Yet hanging over this appearance of normalcy is the question of when and how Russia will inject itself into the upcoming ballot.

After apparent interference in the U.S. and French elections, there can be little doubt that the Kremlin will also attempt to sway the vote in Germany. Indeed, the German interior minister recently issued a public warning about potential Russian cyberattacks and disinformation ahead of the elections. While it remains unclear what the Kremlin has in store, chances are that it will try — and that German democracy will weather the onslaught.

It is blatantly obvious why Russia should take aim at the German elections. The country has been key in shaping the surprisingly principled European response (and the broader Western one, in coordination with the United States) to Russian aggression and revisionism. When Moscow annexed Crimea and invaded the Donbass, Berlin sided with Ukraine, threw its weight behind sanctions against Russia, and has since rallied Europe to sustain this mix of punishment for the aggressor and support for the victim. When Russia stepped up its intimidation of the EU and NATO’s easternmost members, Germany answered by joining an air policing mission over the Baltic states, dispatching Bundeswehr troops and equipment, and leading the NATO battlegroup in Lithuania. The resoluteness of this German response, and its effect of uniting Europe in opposition to Russian actions, has long been a nuisance for the Kremlin.

Russian resentment runs particularly high against German Chancellor Angela Merkel. Politically, she has taken the lead among Europeans on the Russia challenge, checked pro-Russian voices in German business and politics, and pushed for the Minsk agreements aimed at ending the war in Ukraine. These accords, while unsuccessful in bringing about peace, form the basis for continued European and U.S. sanctions against Russia. More personally, Russian President Vladimir Putin must feel that, among the many world leaders he has met, often outsmarted, and sometimes just outwaited, the German chancellor is his only true match. Not only has she resisted charm and intimidation, but she is on track to win her fourth term of office.