Paris Call Community for Countering Election Interference: What Democracies Can Learn from the Government of Canada 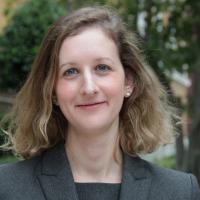 In November 2019, ASD partnered with Microsoft to launch the Community for Countering Election Interference, a multi-stakeholder forum dedicated both to raising global awareness of the threat cyberattacks pose to elections and other democratic institutions and to providing strategies for defending against this threat. This Community emerged out of the Government of France’s Paris Call for Trust and Security in Cyberspace initiative and upholds its third principle to “cooperate in order to prevent interference in electoral processes.” We are now joined by the Government of Canada, which has become the Community’s public sector co-champion.

The Community on Countering Election Interference has an important mandate at a critical time. The coronavirus pandemic complicates election administration both of voting and campaigning. Because campaigns will have to move more online, there are more opportunities for malign foreign actors to spread disinformation and mislead citizens in democracies about how, when, and where to vote. In 2020 and 2021 there will be elections in the United States, Germany, the Netherlands, New Zealand, and several other democracies around the world. Ensuring the continued integrity of democratic elections in an increasingly complex environment demands that government officials, industry representatives, and civil society join together in this common cause. The Government of Canada will be an important voice in these efforts.

When Microsoft and ASD first conceived of this Community, we envisioned a big tent approach to election security. In other words, we wanted to bring together regional, technical, and functional experts to assess existing and emerging threats to elections and democracy more broadly, advance thinking on what constitutes foreign efforts to undermine democracy, identify best practices and policy responses, and assist partners in building capacity to defend themselves. Both organizations had already worked on these questions independently for some time. Through its Defending Democracy Program, Microsoft has actively assisted all pillars of democratic society in tracking threats and improving defenses to electoral systems. ASD’s research and analysis, including the Hamilton 2.0 Dashboard and Authoritarian Interference Tracker, have uncovered trends and tactics in authoritarian efforts to undermine democracy to help democracies prepare for future threats. Imagine what would be possible if we combined our efforts towards a common end.

Yet, a multi-stakeholder community on election security also needs government practitioners to contribute. Having the Government of Canada join us will indeed be critical to lifting up lessons learned and best practices in defending against cyber threats to elections. That’s because the Government of Canada has recent experience in dealing with this challenge and is widely recognized as a standard bearer for public sector response to foreign interference in elections.

In the run-up to Canada’s October 2019 federal election, the Canadian government implemented measures to increase transparency and public awareness of threats to the election, improve coordination between government ministries, and reducing opportunities for politicization of election security. First, Parliament passed the Elections Modernization Act, which addressed numerous domestic electoral procedures, but notably made it more difficult for foreign actors—or any political party or third party—to run political advertisements without disclosing their identity. Then, the government established a Security and Intelligence Threats to Elections (SITE) Task Force to integrate analysts from different government agencies monitoring online threat to the integrity of the election. Finally, the government announced a “critical election incident public protocol” (CRIPP), which would drive government decision-making on communicating with the public on threats to the election during the writ period.

The CRIPP protocol, while limited in duration, not only put in place measures to increase transparency with the public, but also took decision-making out of politicians’ hands. According to the protocol, a group of senior civil servants would make decisions about when and what information to release to the public. The decisions would be notified to party leaders and the political leadership in the Canadian government as a fait accompli. This protocol removed party politics from the question of foreign interference. In the run-up to the November 2016 presidential election, Democrats and Republicans could not agree on bipartisan messaging to the American public about the Russian operation against the election. The CRIPP Protocol ensured that politics could not prevent the Canadian public from being informed of a similar operation.

The Canadian government also funded arms-length academic research about the digital aspects of the election to ensure greater understanding of issues like foreign interference or online political advertising. By collecting data in real time during the election, this Digital Ecosystem Research Challenge enabled future policy to be evidence-based.

Canada’s experience in 2019 will be instructive to the Community on Countering Election Interference’s efforts to provide thought leadership on the cyber challenge to election security. Through a series of workshops and public events, the Community intends to produce practical action items that can be implemented in each sector of democratic society to bolster defenses against foreign threats to elections. By leveraging our respective strengths and working closely with likeminded partners around the world, ASD, Microsoft, and the Government of Canada will provide a template that can make democracies more resilient and more secure.