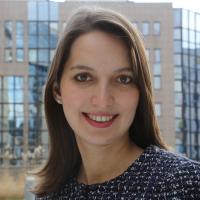 Senior Fellow Kristine Berzina spoke to Euronews about the EU’s decision to keep the United States off its list of non-EU countries whose residents are allowed to visit the bloc.

“This may be unpopular but it is very difficult to dispute the fact that the outbreak is rising in the United States,” said Senior Fellow Kristine Berzina. “This is politically challenging for the president but it is also a reality and the EU’s policies are grounded in fact.”

“It would be wrong to think that at any given moment the list is finalized,” said Berzina. “I think that this is something that we’ll have to get used to.”