Joshua Kirschenbaum for Bruegel: Now is Not the Time to Confiscate Russia’s Central Bank Reserves 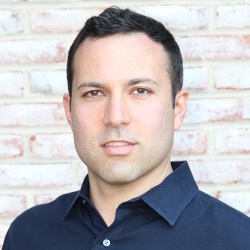 Since Russia’s invasion of Ukraine, all significant jurisdictions that issue convertible reserve currencies have acted decisively to freeze their respective shares of the international reserves of the Bank of Russia. As the costs of Ukraine’s resistance mount, there are increasing calls to confiscate these frozen reserves to finance Kyiv’s war and reconstruction effort, as well as sceptical counter–arguments. In the European Union, the Polish government has advocated confiscating the reserves, and has received support from EU foreign policy chief, High Representative Josep Borrell. This idea is seductive. It is also unnecessary and unwise.

The Bank of Russia’s reserves are public money, and thus altogether different from though occasionally conflated with the frozen assets of sanctioned Russians (often simplistically though conveniently referred to as oligarchs). Some oligarchs’ assets are presumed to have been ill-gotten, but they nevertheless benefit from the protections accorded to private property. Conversely, Bank of Russia reserves are public money that benefit neither from such protections nor, in the context of sanctions, from sovereign immunity. But their acquisition by the Russian state, in principle on behalf of the Russian people, cannot be generally assumed to have been illegitimate. The Bank of Russia’s frozen reserves, at around $300 billion across participating jurisdictions, are also substantially greater than the oligarchs’ frozen assets.