Insinuation and Influence: How the Kremlin Targets Americans Online 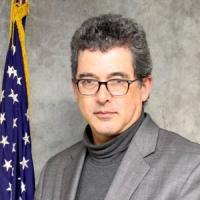 The objective of Kremlin influence operations, part of a larger set of tactics and strategies known as active measures, is to make the target population more amenable to Kremlin wants and desires. They achieve this either by gaining a sympathetic hearing of their views, or failing that, by keeping us busy fighting among ourselves. The Kremlin seeks both to sow discord and create chaos in Western societies and rally support for, or limit opposition to, its geopolitical agenda. One method for achieving that objective is to try and meet particular segments of the U.S. population half way — promoting content and focusing on issues of interest to the target audience some of the time, while presenting Kremlin-friendly views of issues of greater concern to Russia the rest of the time. The strategy, in essence, is to establish credibility and trust within a specific population by expressing support for “shared” social or political views, and then to use that credibility to promote the Kremlin’s more clearly defined goals and interests.

While this tactic has long been used in the real world by intelligence operatives to recruit assets or to exert influence over targeted populations, the anonymity and reach of social networking tools in the digital world has made the process easier, cheaper, and possibly more effective. No longer is advanced tradecraft required to execute a successful influence operation; now, basic cultural and linguistic skills, along with an understanding of trending algorithms, is all that is needed for Kremlin-oriented accounts to insinuate themselves into more organic social networks, including in the United States. And once an account has established its in-group credentials, it can then present the Kremlin’s views on a range of issues — not as an outsider, but as a trusted member of the tribe.

Data collected by the Hamilton 68 dashboard consistently reveals this dichotomy, with a mixture of red-meat content that is promoted to satiate the target audience and geopolitical content that is promulgated to serve Moscow’s foreign policy agenda. It is a strategy that draws on a basic theory of social psychology: people are far more likely to be persuaded by views that come from inside rather than outside their social networks. It is also a strategy that takes advantage of America’s open, democratic information environment — the very kind of environment the Kremlin has worked so hard to dismantle within Russia.

The Limits of Influence

While influence can be challenging to measure, we know what it is, and also what it is not. Influence is not mind control. Influence is not puppet mastering. It is a nudge or a shove, usually in the direction someone is already predisposed to lean. No amount of influence can change hardened views; therefore, it is imperative that an influence operation target an audience whose views are, at the very least, malleable. The Kremlin knows this, of course, and thus strategically targets segments of the population — whether on the far left or the far right — that are the most likely to be persuaded.

In the context of the United States, Moscow has, at various points, courted both sides of the political spectrum. During the early stages of the 2016 presidential campaign, for example, the Kremlin sought to influence supporters of upstart candidates in both parties — a fact supported by recent revelations that show that Russian-financed ads and active measures targeted audiences on the left as well as the right. As with most Russian active measures, early attempts were indiscriminate and often unsophisticated. Of course, we know that the Kremlin eventually tried to influence the outcome of the election, and did so with a clear preference for one of the two main candidates. It is important to stress, however, that this move was strategic and not ideological. Simply put, the Kremlin likely viewed Donald Trump as the candidate who would best serve their interests — whether that meant a loosening of economic sanctions, a weakening of transatlantic ties, or a worsening of divisions within the United States — and targeted audiences accordingly.

While the Kremlin succeeded to the extent that their preferred candidate now resides in the White House, they overplayed their hand, exposing enough of their active measures that the president they helped put in office began his term politically weakened. But Moscow’s unabashed targeting of Donald Trump’s core supporters was, and is, about more than influencing the election or improving bilateral relations. This is evidenced by the fact that the Kremlin-influence network on Twitter has not stopped targeting supporters of President Trump, especially those who identify more with POTUS than the GOP, and who conflate the president and his interests with those of the United States. With hopes dashed for warmer relations with the United States, the obvious question is what does Moscow hope to gain from their position of influence within that network? One answer is that their traction within far-right ecosystems allows them to sow discord and deepen the preexisting divisions within American society. But the more strategic answer involves garnering support for, or neutering opposition to, Moscow’s key foreign policy priorities, namely in Syria and Ukraine.

Unsurprisingly, Syria and Ukraine are the two geopolitical topics that most frequently appear on the Hamilton 68 dashboard. Between September 23 and September 29, for example, over 30 percent of the top URLs that appeared on the dashboard featured stories about Syria or Ukraine, with all of them presenting a decidedly pro-Kremlin and/or anti-American narrative. Moscow’s objective in sharing these views is clear. The critical question, of course, is whether the Kremlin’s efforts have worked, both in terms of influencing opinions within the targeted audience as well as shaping the broader public debate. While that question is unanswerable, it is clear that Moscow sees the alt-right as the audience most likely to support their policy goals, both in regards to the two aforementioned conflicts as well as in their skepticism of internationalism, especially in relation to the EU and NATO.

The Kremlin’s consistent amplification of far-right narratives should therefore be viewed as a strategic targeting decision, rather than recruitment of an ideological ally. The Kremlin ultimately cares about influence, not an audience’s orientation. If two different candidates had emerged from the 2016 U.S. primaries, Kremlin-oriented accounts could very well be engaging different audiences with a different message. As political winds inevitably shift in the United States and Europe, it is essential to stress that any audience that is seen as useful and corruptible is a potential target for future Kremlin influence operations.