Fact Sheet: What we know about Russia’s interference operations

Russian interference operations against the United States during the 2016 presidential election were vast and complex. That’s the conclusion drawn by Special Counsel Mueller, as well as by the Department of Justice, the Intelligence Community, and the Senate Select Committee on Intelligence, in the course of their respective investigations. The Russian government waged a well-documented, sustained campaign to weaken the United States, using multiple tools and tactics, damage our democracy and divide our citizens. That campaign continues today.

Acknowledging and understanding the threat is important, but only half the battle. It is up to our political leaders to act on a bipartisan basis to deter authoritarian attacks and raise the cost of waging them. The Alliance for Securing Democracy’s Policy Blueprint for Countering Authoritarian Interference in Democracies suggests a path forward to combat these threats, not only for government, but also for the other pillars of our democratic society — the private sector, including the tech companies, media organizations, and civil society organizations. We each must do our part in defending our democracy from foreign interference.

Russian interference by the numbers 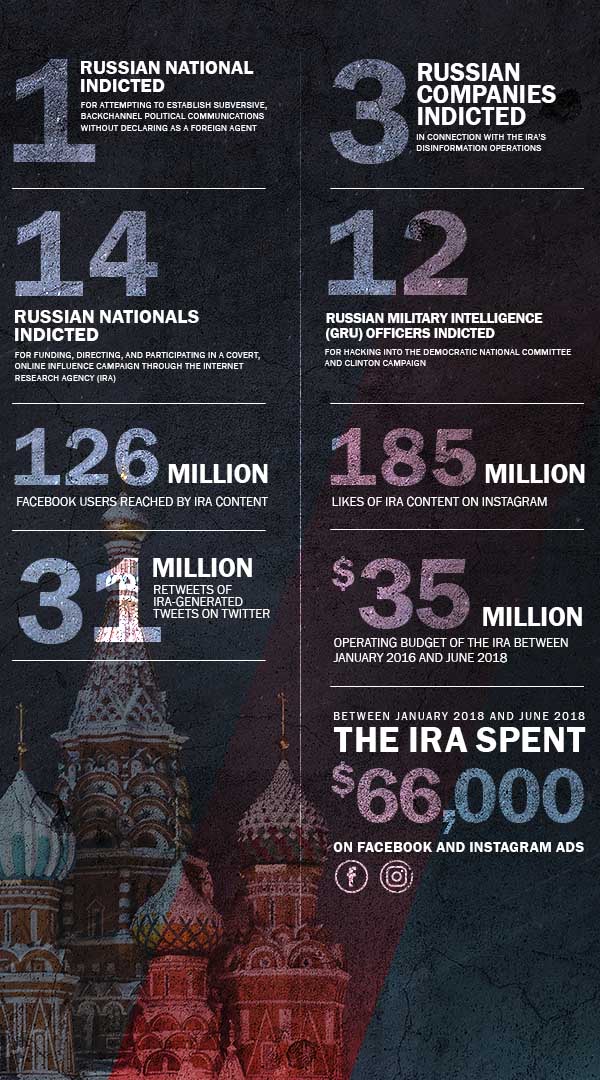