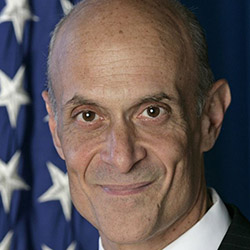 Mike Chertoff was U.S. Secretary of Homeland Security from 2005 to 2009. There, he worked to strengthen U.S. borders, provide intelligence analysis, and protect infrastructure. He increased the Department’s focus on preparedness ahead of disasters, and implemented enhanced security at airports and borders. Following Hurricane Katrina, Chertoff helped to transform FEMA (Federal Emergency Management Agency) into an effective organization. He also served as a judge on the U.S. Court of Appeals Judge from 2003–05. He co-founded the Chertoff Group, a risk-management and security consulting company, and works as senior of counsel at the Washington, DC law firm Covington & Burling. 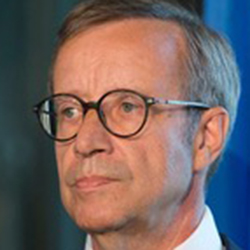 Toomas Hendrik Ilves was elected president of the Republic of Estonia in 2006 and in 2011. During his presidency, Ilves was appointed to serve in several high positions in the field of information and communication technology in the European Union. He previously served as minister of foreign affairs and as the ambassador of the Republic of Estonia to the United States and Canada in Washington. Ilves was also a member of the Estonian Parliament, as well as a member of the European Parliament, where he was vice president of the Foreign Affairs Committee. He now co-chairs the World Economic Forum working group The Global Futures Council on Blockchain Technology. He is currently a distinguished visiting fellow at the Hoover Institution at Stanford University. 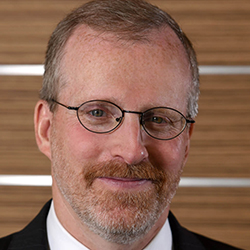 David J. Kramer joined Florida International University’s Steven J. Green School of International and Public Affairs as a senior fellow in the Vaclav Havel Program for Human Rights and Diplomacy in May 2017. Before moving to Miami, Kramer had worked in Washington, DC for 24 years, most recently as senior director for Human Rights and Democracy with The McCain Institute for International Leadership. Before that, he served for four years as president of Freedom House. Prior to that, he was a senior transatlantic fellow at The German Marshall Fund of the United States. Kramer served eight years in the U.S. Department of State during the George W. Bush administration, including as assistant secretary of state for Democracy, Human Rights, and Labor; deputy assistant secretary of state for European and Eurasian Affairs; professional staff member in the Secretary’s Office of Policy Planning; and senior advisor to the undersecretary for Global Affairs. Kramer is a member of the board of directors of the Halifax International Security Forum and a member of the advisory council for the George W. Bush Presidential Center’s Human Freedom Project. 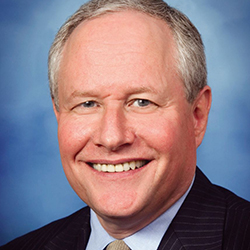 William Kristol is the editor at large of the influential political journal, The Weekly Standard. Before starting that magazine in 1995, Kristol served in government, first as chief of staff to Secretary of Education William Bennett during the Reagan administration, and then as chief of staff to Vice President Dan Quayle in the George H. W. Bush administration. Kristol has also served on the board of the Project for the New American Century (1997–2005) and the Foreign Policy Initiative (2009–17). Before coming to Washington in 1985, Kristol taught government at the University of Pennsylvania and Harvard University. 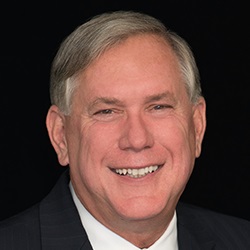 Rick Ledgett has four decades of experience in intelligence, cybersecurity, and cyber operations, including 29 years with the National Security Agency where he served as deputy director from January 2014 until his retirement in April 2017. In that capacity he was responsible for providing foreign intelligence and protecting the nation’s most important national security-related networks. Rick is a senior visiting fellow at The MITRE Corporation, a director on the Board of M&T Bank, serves as a trustee on the Board of the Institute for Defense Analyses, and is a member of several corporate advisory boards. Michael McFaul served for five years in the Obama administration, first as special assistant to the president and senior director for Russian and Eurasian Affairs at the National Security Council at the White House from 2009 to 2012, and then as U.S. ambassador to the Russian Federation from 2012–14. He is currently professor of political science, director, and senior fellow at the Freeman Spogli Institute for International Studies, and the Peter and Helen Bing senior fellow at the Hoover Institution. He joined the Stanford faculty in 1995. He is also an analyst for NBC News and a contributing columnist to The Washington Post. 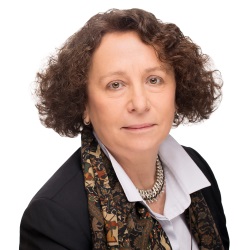 Between 1994 and 2002, Ms. Palacio was a Member of the European Parliament, where she chaired the Legal Affairs and Internal Market Committee as well as the Citizens Rights, Justice and Home Affairs Committee. She participated as member of the Presidium of the Convention for the Future of Europe (2001-2003) in the debate and drafting of the European Constitution. In 2002, Ms. Palacio became the first woman to serve as Foreign Affairs Minister of Spain (2002-2004). She was a Member of the Spanish Parliament (2004 to 2006), where she chaired the Joint Committee of the Two Houses for European Union Affairs. She has been Senior Vice-President and General Counsel of the World Bank Group and Secretary General of ICSID (2006-2008), and she has been a member of the Executive Committee and Senior Vice-President for International Affairs of AREVA (2008-2009).

Ms. Palacio publishes regularly in periodicals and journals. In particular, she maintains a monthly column at Project Syndicate. She is a visiting professor at the Edmund E. Walsh School of Foreign Service at Georgetown University. She is also a recurrent participant and speaker at international conferences and fora, most recently giving evidence on post-Brexit foreign and defense cooperation before the UK House of Lords’ European Union External Affairs Sub-Committee.

In 2016, Ms. Palacio was presented with the Sandra Day O’Connor Justice Prize for extraordinary contributions to the rule of law, justice and human rights by the O’Connor School of Law at Arizona State University, and was awarded the insignia of Officier of the Order of the Legion of Honor of the French Republic. 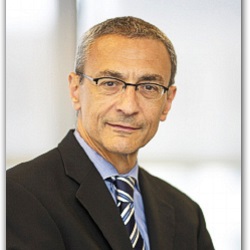 John Podesta served as Chair of Hillary for America. Prior to joining Hillary Clinton’s campaign he served as Counselor to President Barack Obama.

In 2008, he served as co-chair of President Obama’s transition team, where he coordinated the priorities of the incoming administration’s agenda, oversaw the development of its policies, and spearheaded its appointments of major cabinet secretaries and political appointees.

He also recently served on the President’s Global Development Council and the UN Secretary General’s High-Level Panel of Eminent Persons on the Post-2015 Development Agenda.

A Chicago native, Podesta is a graduate of Knox College and the Georgetown University Law Center, where he is currently a visiting professor of law.

He is the author of The Power of Progress: How America’s Progressives Can (Once Again) Save Our Economy, Our Climate and Our Country. 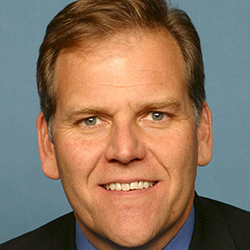 Mike Rogers is a former member of Congress, officer in the Army, and FBI special agent. In the U.S. House he chaired the Intelligence Committee, becoming a leader on cybersecurity and national security policy, and overseeing the 17 intelligence agencies’ $70 billion budget. Today Mike is a CNN national security commentator, and hosts and produces CNN’s “Declassified.” He serves as Chief Security Adviser to AT&T, sits on the board of IronNet Cybersecurity and MITRE Corporation, and advises Next Century Corporation and Trident Capital. He is Distinguished Fellow and Trustee at Center for the Study of the Presidency and Congress, and a Senior Fellow at the Belfer Center at Harvard University. 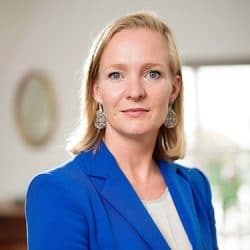 Between 2009 and 2019 she served as a Member of European Parliament for the Dutch liberal democratic party where she focused on trade, foreign affairs, and technology policies. Marietje regularly speaks at conferences and in international media. She is a member of the Global Commission on the Stability of Cyberspace and the Transatlantic Commission on Election Integrity, and affiliated with a number of non-profits including the European Council on Foreign Relations and the Observer Research Foundation in India. She also writes a biweekly column for the Dutch NRC newspaper. 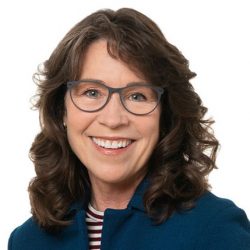 Kori Schake is the director of foreign and defense policy studies at the American Enterprise Institute (AEI).Before joining AEI, Dr. Schake was the deputy director-general of the International Institute for Strategic Studies in London. She has had a distinguished career in government, working at the US State Department, the US Department of Defense, and the National Security Council at the White House. She has also taught at Stanford, West Point, Johns Hopkins University’s School of Advanced International Studies, National Defense University, and the University of Maryland. Dr. Schake is the author of five book as well as the coeditor, along with former Secretary of Defense Jim Mattis, of “Warriors & Citizens: American Views of Our Military” (Hoover Institution Press, 2016). 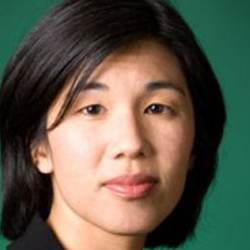 Nicole Wong served as deputy U.S. chief technology officer in the Obama administration, where she focused on internet, privacy, and innovation policy. Prior to her time in government, Nicole was Google’s vice president and deputy general counsel, and Twitter’s legal director for products. She frequently speaks on issues related to law and technology. Nicole chairs the board of Friends of Global Voices, a nonprofit organization dedicated to supporting citizen and online media projects globally. She also sits on the boards of WITNESS, an organization supporting the use of video to advance human rights, and the Mozilla Foundation, which promotes open internet. Nicole currently serves as an advisor to the School of Information at the University of California, Berkeley, Harvard Business School Digital Initiative, the Democratic National Committee Cybersecurity advisory board, Refactor Capital, and the Albright Stonebridge Group.